Before going to Africa I rented a lens from Borrowlenses.com and it sure did come in handy. The Tamron 150mm – 600mm lens was a (relative) bargain compared to some of the more ‘professional’ lenses and it worked great even in low light at the end of days while we tracked tiger cubs in the bush of Phinda Game Reserve in South Africa.

Our guides on this excursion were great and in Phinda (unlike in our game reserve) the guides are able to off road and track the animals throughout the bush. Our guides followed the footprints of this family of lions and located them lounging underneath a tree. Due to the cubs being in the area we couldn’t get very close to them since the female and younger males were protective of them. Thus, we kept a respective distance and I focused through the trees on the cubs to try and capture their expressions as they wrestled with each other and climbed trees in the background. The Tamron lens did its job and I came out of the situation with a lot of nice shots (like the one below) where the curious cubs are trying to figure out what it is that the weird humans ooohhhing and ahhhhhing are doing. 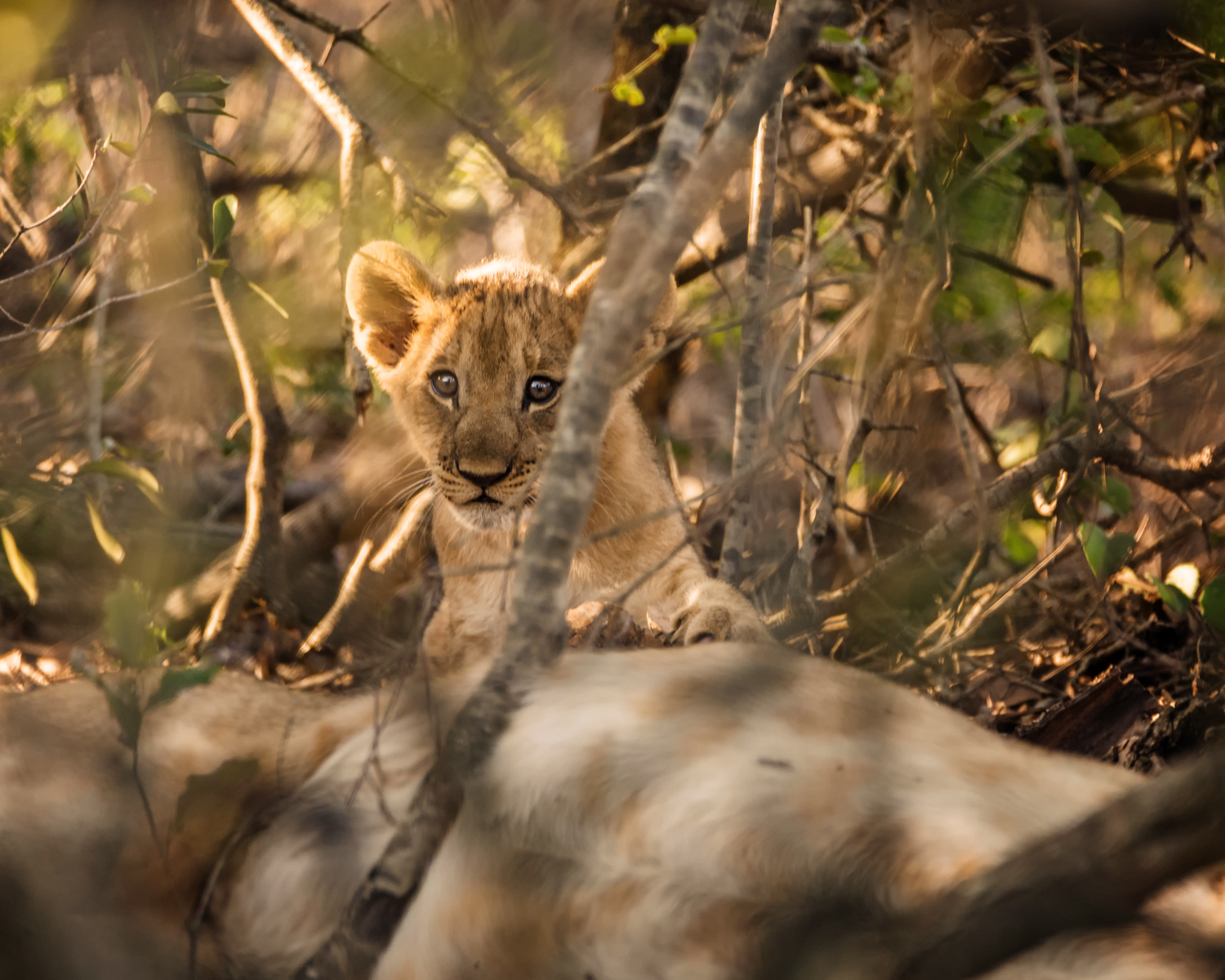