While in Phinda our driver/game tracker was able to locate two cheetahs out hunting and we followed them for a bit – hoping to see some action on the trip. We kept a respectable distance to allow them to do their thing but ultimately they wound up just heading up to a lookout point and waiting for the sun to set – whether they were going to hunt later is something we weren’t able to witness. As they strolled over to an elevated position we watched just how relaxed they were as if they didn’t have a care in the world. Unfortunately, the cheetah is on the ‘vulnerable’ species list so while technically not ‘endangered’ they are on their way. It isn’t for lack of effort by South African officials and fortunately for them game drives like ours and people who are truly interested in seeing them aid in their recovery. However, our guide explained that relative to other ‘big cats’ cheetahs are just a disadvantaged species and despite their speed are unable to overcome both poaching and competition with other big cats – lions, leopards, etc… – which have done better in what is an ever shrinking ‘wild’ footprint. Phinda is a private game reserve and as such has a vested interest in protecting them. I believe they have 33 cheetahs spread over 175 square kilometers and the trackers/guides keep a close watch on them. 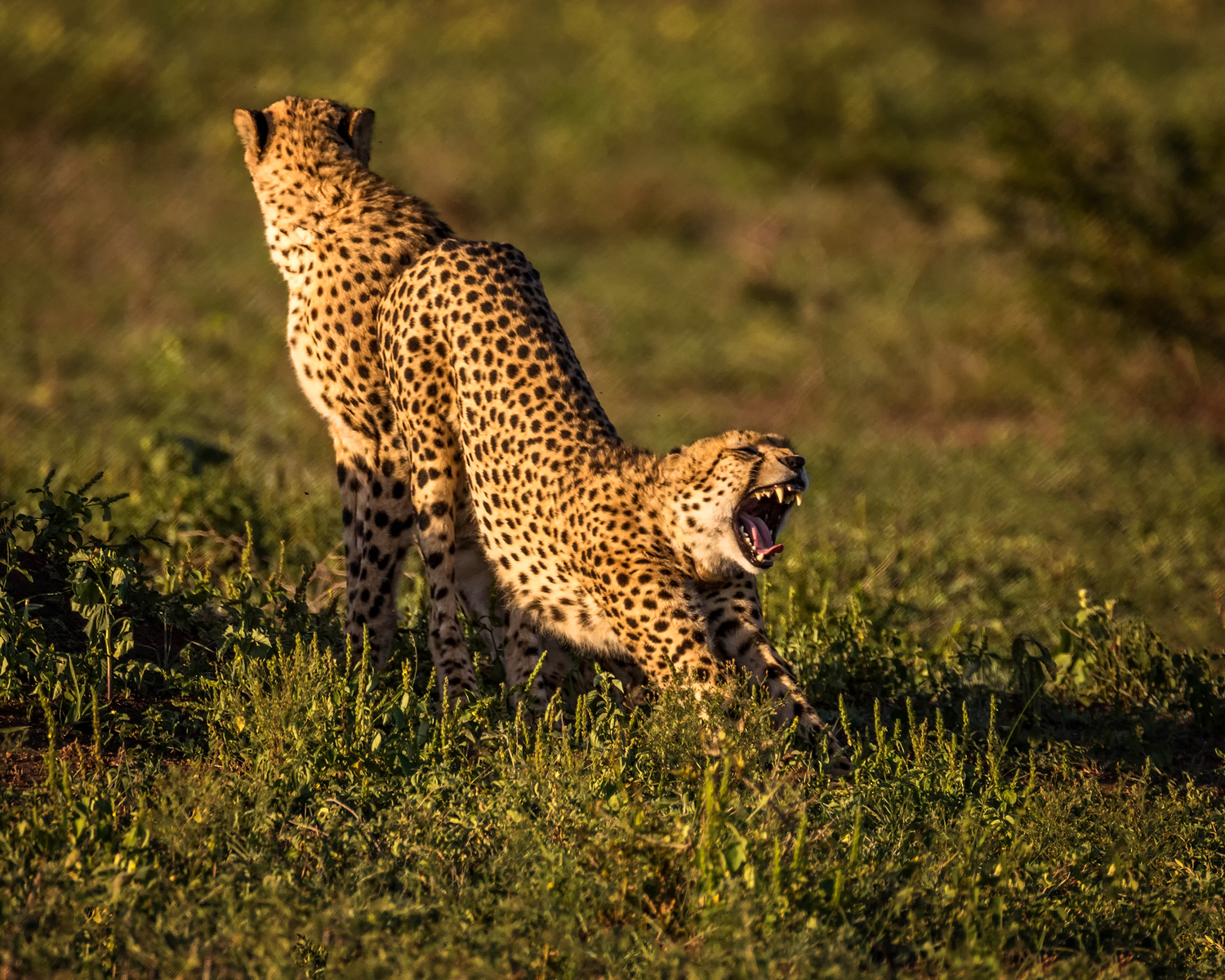 This cheetah made me feel lazy just sitting in the safari jeep as he practiced some high intensity yoga in the late afternoon heat of Southern Africa. Shortly after this house cat like pose he and his brother started over to a termite mound where they waited for the sun to set and the tourists to leave so they could go about hunting.