With a body type like a tall camel and spots like a cheetah the giraffe – despite its height was surprisingly elusive in the wild. You’d think that spotting their heads above the trees would be easy but alot of times they have their heads slightly bowed as they are constantly eating. However, when we did find them they tended to be in tight knit groups with a couple of adults and baby/small giraffes with them. They were more skittish than I expected and often took off when the safari vehicle would stop a little too close – they were surprisingly fast.

Our guide did use the giraffes to track the lions though since you can follow their eyes to locations of dangerous predators – which for adult giraffe is really only a lion. Smaller giraffes are hunted by other big cats – like the cheetah – but once they are of substantial size they are a tougher target unless the cats are extremely desperate. 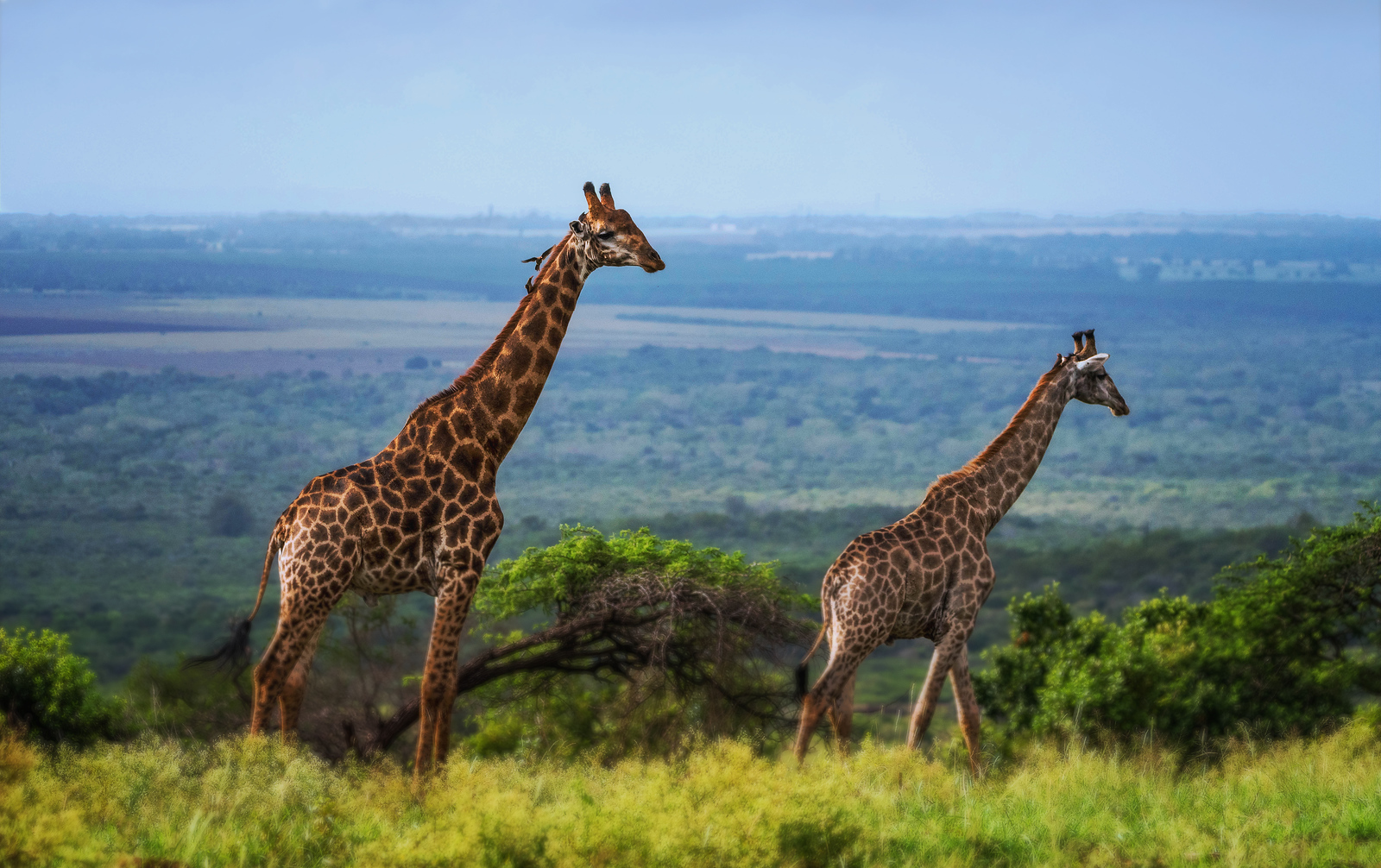 I took a lot of pictures of giraffes but I liked this one because of the openness of space behind it them heading into the distance. There is really so much land out there supporting the wildness of all these species. It was a great experience to watch the animals behave in the wild compared to just seeing them in a zoo.

4 thoughts on “Giraffes in South Africa”