A short, easy hike (0.3 miles) in Joshua Tree National Park brings you out to Arch Rock. The distance, or lack thereof, coupled with the accessibility makes it one of the most frequented areas in the park. Shaped somewhat like a brachiosaurus and stretching 30 or 40 feet across is a rock that forms what is known as the ‘arch’. Since I’ve never been to Arches National Park this is the closest I’ve been to something that might emulate that. Of course the stunning views of mountains in the distance that you get at Arches National Park aren’t accessible here since the only picture to be had is below it but I was fortunate with a nice blue sky and wispy clouds. I couldn’t decide on the color version or the black and white version so I posted both.

As an FYI…The next few weeks are going to be tough on not only posting but also on creating anything new. We have a new addition to the family – no not another human but a puppy and MAN are these little guys alot of work. Let’s hope he grows out of his chewing everything in sight phase before I lose my sanity! 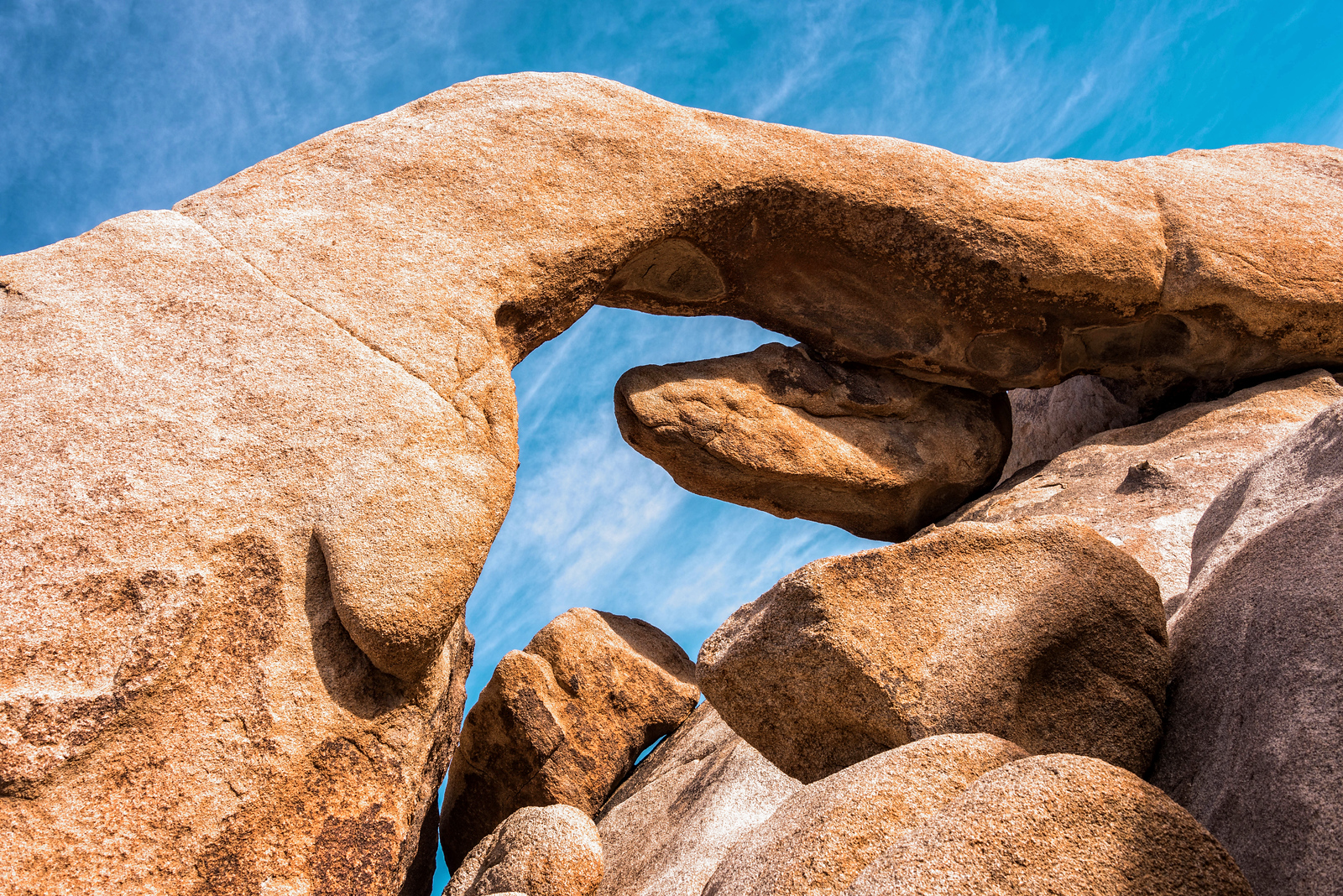 4 thoughts on “Under the Arch (Joshua Tree National Park)”