In front of Rockefeller Center (i.e. “30 Rock”) sits the “Atlas Statue” where Greek god Atlas is holding the universe above his head toward the heavens. Naturally, the statue is positioned directly across from the immaculate St. Patrick’s Cathedral. As I was taking this picture a tour guide was with a group and asked them ‘why the artist decided to position the statue in this location’ and the answer he gave was that it represented New York as the ‘center of the universe’.

Off to LA (I’m going to try and take some pictures at the beach if I have time) and Minnesota this week. A lot of flying for a couple hours of meetings but at least I get a decent chunk of miles for it. The American Airlines announced changes today to their mileage program which would make this trip a little less enticing. 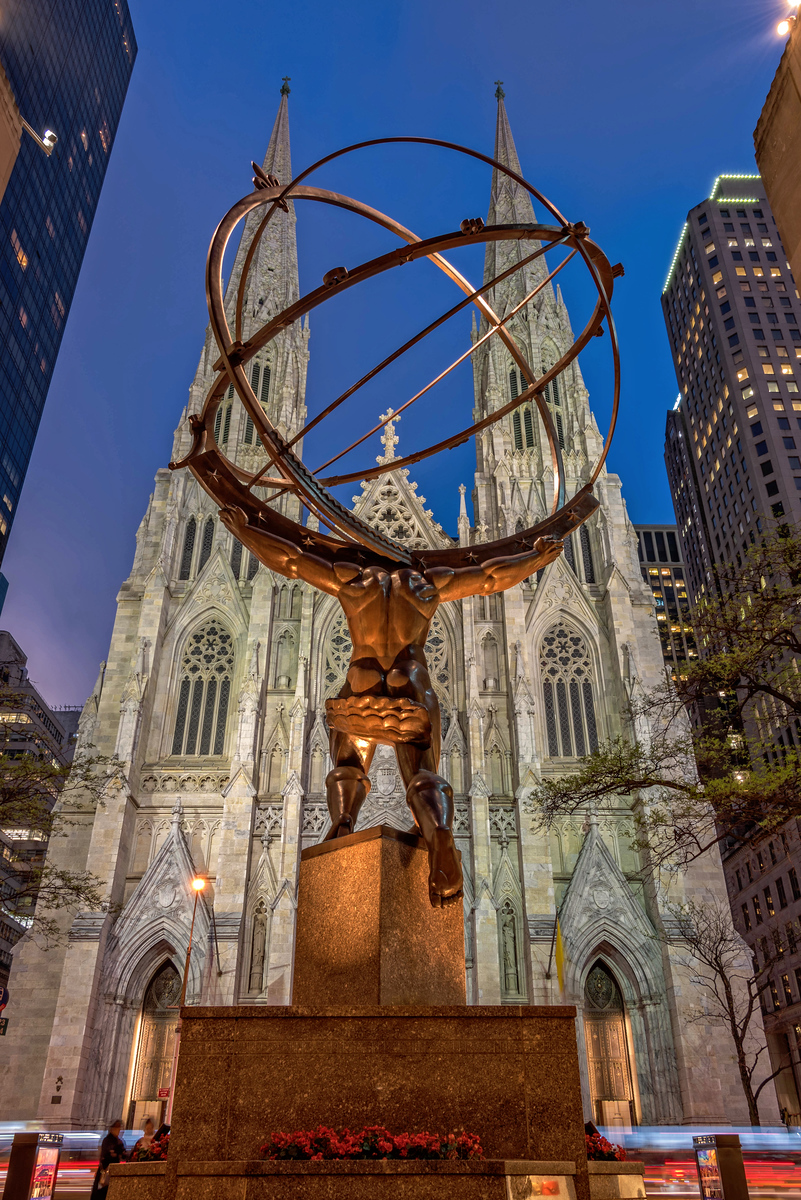 During my work trip to New York City I spent an evening heading up to the ‘Top of the Rock’ in order to check out the city sprawled out beneath me. Unfortunately, for the most part I was skunked out on the weather which was overcast with a slight drizzle most of the three days I was in town. It happens and fortunately New York City is a place you can make really interesting photos no matter what the weather is like.

On the Top of Rockfeller Center I looked out at the Empire State Building but couldn’t make out the top of it nor were the views all that clear of the city below me. Still it was worth the trip even if my favorite picture thus far is one where I zoomed in on the binoculars and bokehed the city skyline off in the distance.

This week I spent a few days for work in New York City and while the weather was less than cooperative as it constantly drizzled/rained on my proverbial parade I still tried to get out and take some pictures during downtime from work/meetings. This was my first time in Grand Central Station and I spent some time walking around and while they certainly don’t allow tripods to just be sprawled out the architects had us photographers in mind when they positioned the staircases and wide ledges in a fantastic spot to rest a camera and hit the shutter for a steady shot at a long(er) exposure time. 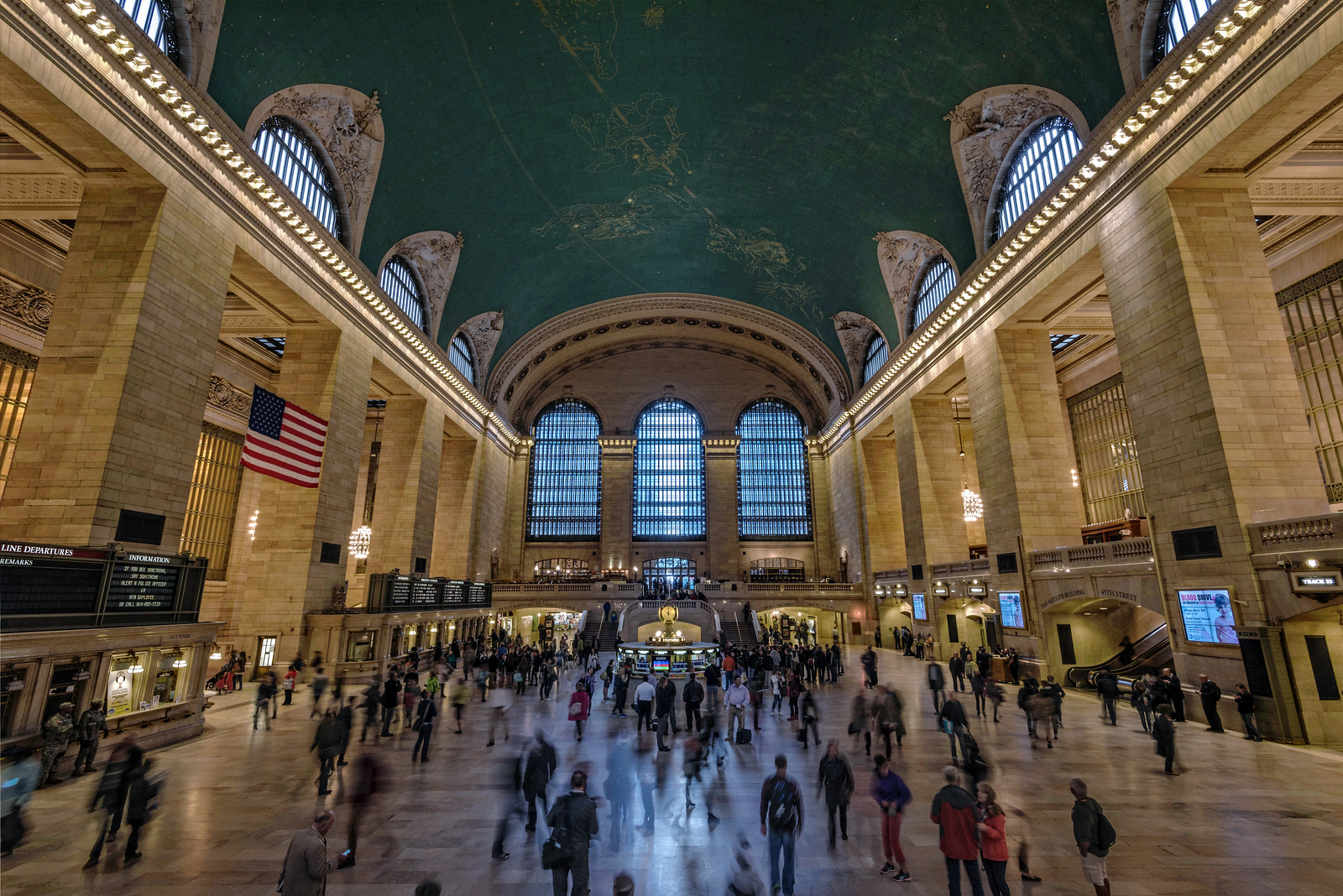 Busy weekend with the family and then a last minute trip to Kansas City at some point next week – should be fun! Hope the weather gets a bit better in Chicago and we actually start to believe it is “spring”.